The company organized an international event among the main animation studios where upcoming company’s projects were unveiled.

SummuS Render, one of the main render farms in the world, specialized in markets such as animation film, VFX, and infographic, it gathered in the last MIFA (The International Animation Film Market) in Annecy, numerous studios in the “Render Party: Discovering new connections”, a private networking event where the company unveiled its upcoming projects. 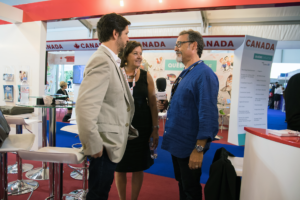 “Annecy has been a boost in our consolidation as a global company. The majority of the meetings we have held have been with non-Spanish companies from Europe, USA, and Canada. A qualitative leap to make us known beyond our borders, in fact, we have projects with different countries of the world “, said Jose Luis Fernández Alegre, Marketing Director at SummuS Render.

Along the event was introduced some advantages of the new SummuS project, Simple Animation, a virtual animation cloud-based studio which will allow to creatives to carry out their work by connecting with other colleagues regardless they are geographical. Simple will be announced officially in the next edition of Siggraph 2017, which will be held in Los Angeles from 30th July until 3rd August.

On the other hand, conversations began among Spanish professionals who attended the festival under the umbrella of the ICEX, “Animation from Spain,” to relaunch and enhance the presence of Spanish animation at other international festivals.

Simple TV, the newest YouTube channel of SummuS Render, supported the Festival with interesting interviews about MIFA among different stands and relevant people of the sector. These will be published shortly.

Since 1960, the International Animation Film Festival of Annecy has been recognized as the most important in Europe.