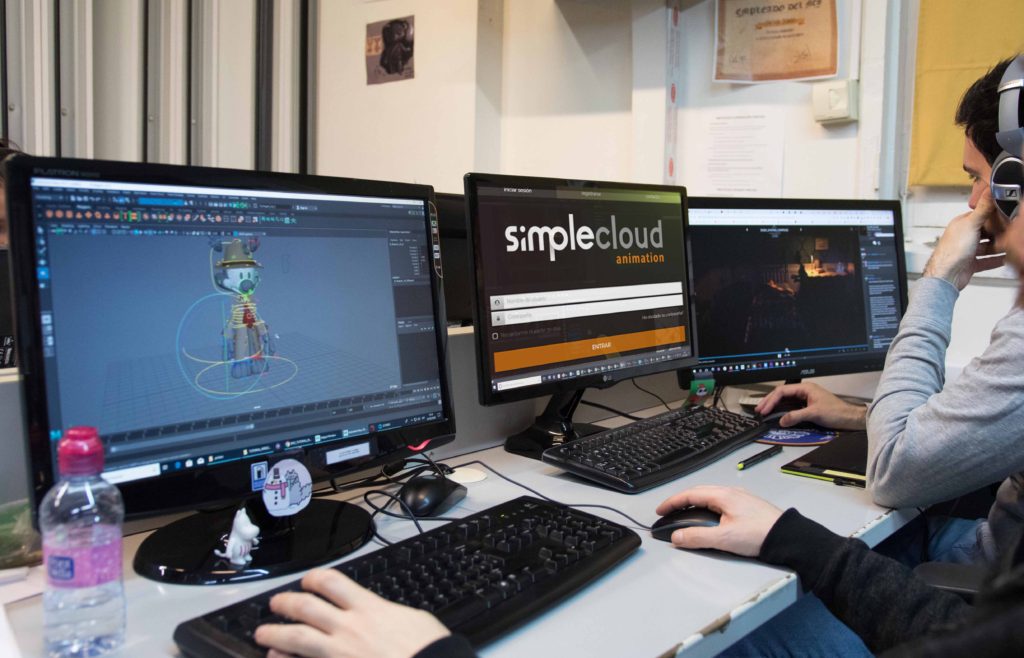 “Blue y Malone Casos Imposibles” (Blue and Malone Impossible Cases) is a co-production of Esdip Animation Studio, a content producer that has been nominated for a Goya Award for shorts such as “I Wish” and which has received international awards for the productions “Just The Beginning”, “Oldie But Goldie” and “Mars Love”.

“Blue and Malone Impossible Cases” is a short film based on fantasy and hybrid technology that mixes 3D animation with live action.

SimpleCloud was essential in carrying out a project of this size, which is more like a production from a major studio, but that needs input from different geographical locations.

Within the context of this production, we choose Simple Cloud Animation as one of the foundations of the project. This enabled us to complete our pipeline by converting a small animation studio into a partially virtual studio in a real and effective way. This resulted in a much more robust environment where numerous artists could work alongside each other and where the technical and artistic mechanisms at our disposal were not restricted.

“Imposible Cases would not exist without Simple Cloud.” Abraham López Director and Screenwriter