In the first edition of SUMMA3D, BLOW STUDIO presented its short-film project Alleycats, which came first in such category. Two years later the project is still moving forward, with 2 teaser films already available and a crowdfunding campaign in progress.

The short-film focuses on Nail, a Siamese ninja warrior who’s been exiled after his father’s death. In order to avenge him and reestablish his family name, Nail decides to devote himself entirely to the art of ninjutsu and the perfection of his skills. 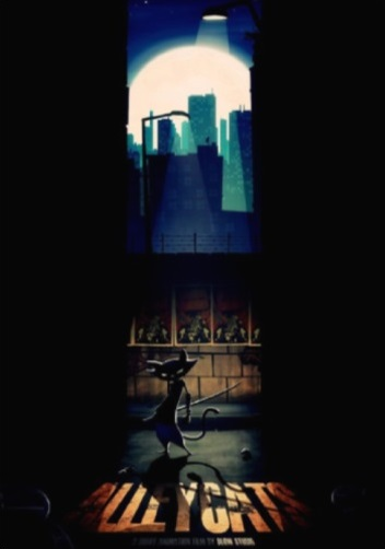 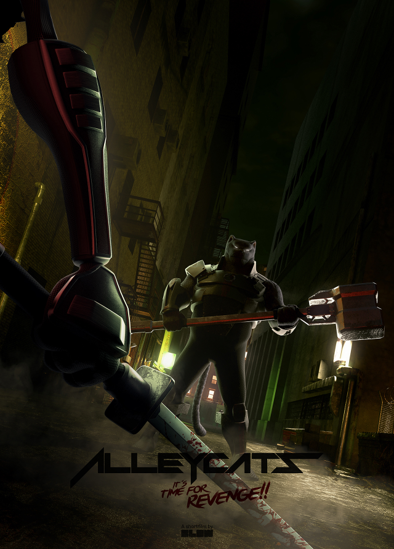 If there’s something that sets Alleycats apart from your conventional animated production is its dark and violent tone, using battles among stray cats as its backdrop. According to its director/writer Alejandro Jiménez, the coldness suggested by felines was the key that unlocked the project:

“I’ve always thought that each story should be based on a very primitive feeling, something that an audience can naturally relate to. Using cats as our main protagonists, while trying to translate into our world that cold and distant look that these animals inherently have, it was impossible not to think as hate as one suitable feeling. So I translated this hate into vengeance, and from then on the rest of the elements came together.”

His main influence when developing the theme has been action features from the 80s. Alejandro drew inspiration from the violence, the settings and the threatening and uninhabitable streets of films such as The Warriors (Walter Hill, 1979), The Terminator (James Cameron, 1984), Robocop (Paul Verhoeven, 1987) or Akira (Katsuhiro Otomo, 1988).

Elements from action movies along with an adult-oriented approach is where the strength of Alleycats relies. Bernardo González (co-director and producer) states that “there is a vast sector in the public, between 18 and 50 years old, who loves darker animation, even though such productions are not made for them. There’s no content with this type of characteristics for this audience. This is the same public that fills up movie theaters in order to watch a superhero movie, or an action or science fiction one. So we took this type of cinematic language and apply it to CGI characters.”

In short, a blend of darkness and violent action allow for an unusual type of animated film. BLOW STUDIO’s goal is to exploit this potential by viralizing the content on social networks and transmedia platforms. In time this story of power struggle between feline/street gangs can fork out into new channels, from longer productions such as TV series or full-length films, to comic books, literature or videogames.

If you want to support this project, you can get involved with the crowdfunding campaign previously mentioned. Click on http://bit.ly/AlleycatsCrowdfunding and you’ll be able to find all kinds of perks, from t-shirts, posters and wallpapers, to e-art books, illustrations, sculptures and invitations to its premiere.

Below you’ll find their second teaser. You can watch the first one and other videos related to the production on their Vimeo cannel. For more information, please visit alleycats.es.