A Conversation with Alberto Cano from Lightbox Entertainment

Alberto Cano is a CG artist that specializes in 3D modelling, in particular set and props design. He currently works for the Spanish animation studio Lightbox Entertainment. He’s been involved with the following animated features: Tad, The Lost Explorer (2012), Underdogs/The Unbeatable (2013) and Capture the Flag (2015).

My first artistic job was at Arte Historia, developing computer graphics for an art magazine. It was here where I learnt about the difficulties of taking a project forward. My next art-related job took place in a small local TV network, where I worked as a graphic designer until 2007. Then I left in order to pursue my dream of working in the videogame industry.

Why the passion for videogames?

I’ve always had a passion for it. My first encounter with this world came through the Commodore Amiga 500 as well as the fantastic Deluxe Paint. I guess that seeking the opportunity to get to know the industry on the inside was something that was always there.

I worked as a 3D modeler for UBISOFT on the DS Imagine Fashion Designer saga and also Wildlife Vet for DS and Wii. I was involved in the first Kinect prototypes for Xbox 360, though unfortunately they never saw the light of day.

And then came the animated features.

Yes. After 4 years in the videogame industry I took the leap into animated features. To this day, it is the sector in which I have spent most of my professional career, and the one that I deeply love. In Tad, The Lost Explorer I was render supervisor. The next project was Underdogs/The Unbeatable where I was in charge of outsourced 3D rendering. My third movie was Capture the Flag which takes me back to the modelling department and then to the render one as co-supervisor. Now I am working on the set design of Tad’s sequel.

In the case of outsourced 3D rendering, what did the job entail?

Basically I had to manage our remote render farm located at SUMMUS, optimizing render time while also supervising the lack of errors during the image processing.

Outsourcing entails the complementation of separate pipelines. What challenges do you find when handling 3D rendering in remote mode?

When the pipeline of a movie gets outlined, all supervisors have a deadline (storyboard, modelling, animation, lighting, etc.). All departments know when’s the time to deliver the finished material, tough there’s always a margin for the unexpected. This is not the case of 3D rendering. If all rendering does not finish in time, then you probably won’t make it to the release date, which is disastrous. This is why you need to have you back covered, reinforcing your in-house render farm with an external one.

Working in remote nowadays, with the technology that’s available, equals having another office on a different floor in the same building, so logistically there are no challenges. Video conferences and the coordinated transfer of frames facilitate the work.

Nevertheless, time is always a threat. Optimizing each sequence without compromising the quality, while maintaining the established deadlines is always an issue. Knowing perfectly each one of the software used during production, such as Maya and Arnold is crucial in order to understand any type of error. When rendering, time is an enemy that’s always at the trenches, so the better you understand the tools you work with, the better prepared you’ll be to face the unexpected.

Other issue is that sometimes one processor that’s in theory inferior (tech-wise), tends to work better with some plugins or set-up. It sounds ridiculous but that’s the case. This is why I like for a render farm to have a resourceful range of processors, as each one of them works better with certain configurations.

How do you tackle this issue?

We analyze which sequences take more time to processes, and how they interact with our render manager platform. We spot out the errors and work on these without jeopardizing the final quality, which tends to be the premise.

In the case of processors, the key is to divide them in pools, allocating sequences to those processors that produce the better output based on the given configuration.

Let’s talk about software. You’ve already mentioned Maya and Arnold, both of which are part of the 3D productions “canon”. What other software would you consider to be essential as a 3D designer?

In my opinion the least important thing is the software, at the end modelling is all about moving vertices. The key is to know where to place each one, to get meshes clear of all geometrical references, and then translate that knowledge into new software. Although it is true that some software has become the cornerstone of most productions, e.g. 3dsMax, Maya or ZBrush. In time you end up getting to know software that speeds up many factors, specially mapping. But without the artistic knowledge these software is useless; no software is going to do the work for you…

What are your next professional goals?

Last question. Which advice would you give to those that are starting in this field?

They have to work hard, they got to practice over and over again, until they start getting cleaner designs. Working hard might sound like a cliché, but it is true; when modeling there are no shortcuts and only constant practice can make you progress… even myself, after more than a decade in the sector, if there is a month when I do not model at all, the lack of practice ends up showing. This is why you need to be constantly trying new stuff, even if it’s not a paid job, it must at least serve your own portfolio.

So it is that we’ll end this post by taking a look at some of Alberto’s portfolio: 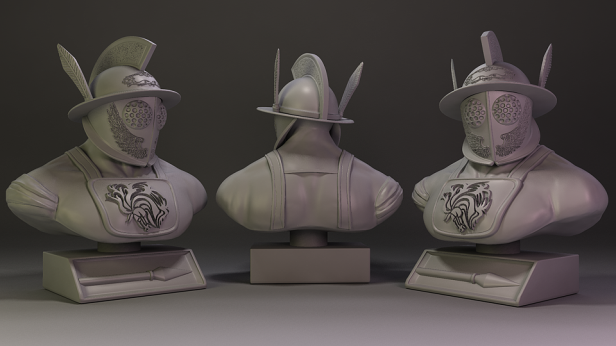 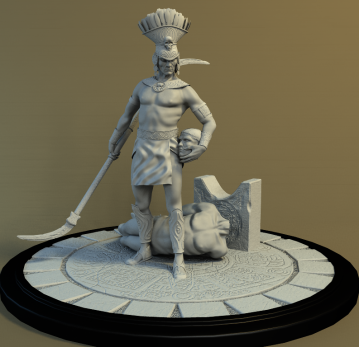 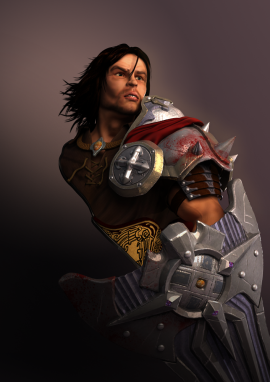 By clicking on the following links you can access his demo reel, BLOG y LinkedIn profile.