The International Animation Short Film Contest, Summa3D,  has officially opened the call for its fourth edition

for professionals, students and lovers of animation and special effects. Summa3D aims to support the development of new projects, talents and enhance the 3D animated film market.

Under the slogan “if you can dream it you can do it”, the contest is based on five categories: “3D Short-Film Project”, “Finished short-film in 2016”, “Character Design”, “Best 3D architecture infographics” and “Public prize to “The best short-film of 3D animation”. The Summa3D contest jury will be formed by a group of national and international professionals of recognized prestige in the 3D animation sector and by a representative of the sponsoring companies.

Throughout 2017, the organization plans to hold different events related 3D animation. Specifically, is planned in April a panel discussion on architecture and another in June on animation in general. On September 22, the day viewing of selected short films and exhibition of the finalists of “character design” and “short film project” will be held. The awards ceremony will take place on September 23 in Madrid.

Summa3D was born in 2014 with the aim to encourage, support and reward new talent, promoting projects in the animation, architecture infographics, and computer graphics market. 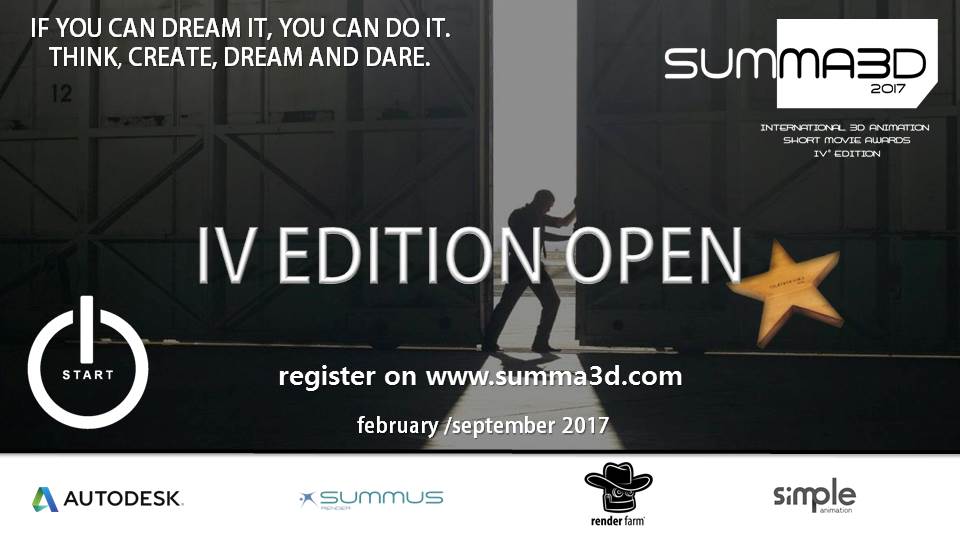